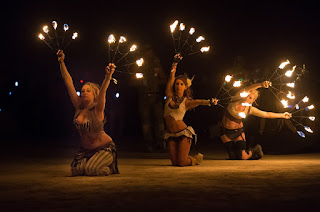 Parts one, two, three, and four

Depression is a pretty shitty thing. There's no part of the experience that's enjoyable or desirable. I've known many people who experience depression. If there was a magical drug without side effects that would make depression magically vanish, I don't know anyone who wouldn't jump at the chance to make it disappear... myself included.

The treatments we have, ranging from drug therapies like SSRI's, to talk therapies like cognitive-behavioral therapy, to "naturalistic" solutions like fish oil or St. John's wort, are either marginally effective, have decidedly negative side effects, or both. They work great for some, kinda work for most, and don't work at all for the rest. The take-away? We still haven't figured out how to "cure" depression. Because of this, I like to look at it as just another obstacle life throws at you. We all have shit we need to overcome, and some of us are dealt the "depression" card. Like all obstacles I have to overcome, I like to look for potential silver linings. This post will outline the silver linings I derive from my experiences with depression. That starts with how I frame the "disorder"... which starts by not considering it a disorder at all.

Before I begin, however, understand this post is based on my personal experiences. If you or someone you know is experiencing depression, seek out help. Depression is not something we should tackle ourselves. Even though the following methodology was effective for me, it was a long, slow process done in an environment that provided a great deal of support. Okay, on to the good stuff!

We're All Puzzle Pieces That Create a Tribe

For the vast majority of human history, we were tribal hunter-gatherers. Specifically, our tribes were made up of 10 to maybe 150 people or so, each one fulfilling a specific role within the tribe. Some people hunted. Some guarded the tribe. Others foraged for food. Some tribe members prepared the food. Others cared for the children. And so on. In short, we evolved to be specialists, and many of the things that made us specialists are passed down from one generation to the next. All of us have characteristics, preferences, and behaviors that, when placed on top of a tribal blueprint, reveal what role our ancestors may have played within their tribe. This is the basis of our "personalities", which explains the incredible diversity we see among humanity.

Unfortunately, we really don't live in a tribal society anymore. While we live in an insanely interconnected and interdependent world, we're mostly isolated from tribes. In some regards, we've become hyper-specialized (like "my career involves placing the pin through the hinge of a specific model of refrigerator.") In other regards, we're painfully isolated to the point where we have no personal connection to the people we're otherwise dependent on.

As such, many of the things we frame as "disorders" could actually be evolutionary remnants from our tribal days. Because our tribal roles no longer exist, we have a lot of primal drives that have no outlet. Unfulfilled drives lead to problems, which might manifest as negative thoughts, emotions, behaviors, etc. Conversely, when we're engaged in activities that closely replicate our evolved tribal roles, we're perfectly content. I have a hypothesis that this is where "flow states", or intense periods of focused energy, derive from. We enter flow states when we're doing what we evolved to do... which could be very different from one person to the next. Again, we all evolved to play different tribal roles, ergo we have a lot of differences between individuals.

This is the way I like to frame psychological disorders. There are obvious issues with this, starting with the fact that some disorders are flat-out destructive and would be extremely unlikely to have survival value even within a tribe. Also, this model would suggest we could all just "get over" disorders by engaging in the right well-matched set of behaviors. That's obviously not the case, especially with severe disorders. As such, I don't like to generalize this model beyond my own personal experiences. Even then, I only use it to frame my own experiences in a potentially positive way. It's a lot easier to find the silver lining in high functioning depression when you frame it as "this is what I evolved to do" versus "my brain is broken."

Okay, now that we have the big picture, how do I perceive depression on a personal level? For this, I'll borrow another anthropological idea - the development of fire.

Civilization is the Story of Man Harnessing Fire

Fire is a ridiculously destructive force. Uncontrolled, it can level houses, buildings, millions of acres of woodland, or even entire cities. Once controlled, however, fire becomes one of the most important aspects of human civilization. Darwin himself supposedly said human civilization would not be possible without language and fire. The history of humans embracing fire is what ultimately separated us from the rest of the animal kingdom.

Fire provided heat and cooked food, both of which allowed us to populate the globe and eat a diet that allowed our giant energy-hungry brains to evolve. Fire also allowed us to fire clay to make durable building blocks, which allowed us to make blast furnaces to melt metal and heat substances to release chemicals. Those chemicals were used to create concrete, preserve foods, making medicines, and eventually making explosives. The metals were used to make weapons and tools which were used to make more sophisticated furnaces to create stronger, more heat-resistant alloys for better tools and weapons. We also made more efficient agricultural tools and fertilizers to increase our crop yields. . The explosives were used to clear land and literally move mountains, and were eventually used to make gunpowder and bombs. The metals allowed us to make machines which created the Industrial Revolution. That brings us to where we are today.

I like to frame my personal experiences with depression in the same way. Most people frame depression as a horribly destructive force that has the power to topple even the most resilient of people, therefore it's something to be feared, vilified, and extinguished as soon as possible. I don't like to think of depression like that because a) there could be a chance "depression" is just an evolved adaptation for tribal life like I discussed above, and b) eradicating depression isn't something we're especially good at just yet. So depression to me is a lot like fire to human civilization. If I can learn to harness its power, I can do some pretty cool, useful shit.

So that's what I've been doing over the last 14 years or so.

Learning the triggers for depression is roughly analogous to learning how to start (or how not to) start fires. The triggers also teach me how to "stoke" the fire by making the depressive episode stronger (which almost never happens.) The coping mechanisms teach me how to reduce or extinguish the "fire." The self-experimentation, constant introspection and meta-cognition, and endless research on the science of the brain and behavior are all analogous to studying fire science... I'm learning how my experience with depression works in order to improve my mastery of the experience. That's how I was able to start framing depression as an undesirable-but-useful state.

Before I get to the benefits, I should mention that I would get rid of the depression without hesitation if a side effect-free methodology were developed. No matter how much I frame it as something positive, the experience royally sucks. I think the depression experience makes me a more effective human being, but I would gladly become significantly less effective if I could ditch the issue. So... what exact benefits do I get from depression?

These are eight of the most common benefits I derive from depression. There are a few other items, like it's given me a really dark sense of humor and it's nearly impossible to offend me, but these are the important skills that allow me to lead a more effective life. This is an ongoing process, though. Every time a depressive episode strikes, I get another opportunity to experiment, observe, and learn. Over the last year or three,

I've also worked on being able to channel these benefits at times when I'm not experiencing depression. That endeavor's a mixed bag, however. Successes are spotty. I continue to work on it mostly because the above list only occurs when I'm in a depressive state, which also carries all the negative shit I talked about in this post and in this post. In other words, the crippling apathy, lethargy, anhedonia, and irritability limit how much I can use these benefits during the depressive episode.

Regardless, framing the disorder as a quirk from our evolutionary past and framing my personal experiences as a way to harness the power of depression has made a world of difference in my quality of life. I rarely if ever talk about this shit because I see it as just another minor obstacle I need to overcome. If I can manage the triggers and utilize the coping mechanisms at the right times, I can do some cool shit with it.

In the next post, I'll bring the discussion full-circle and talk about depression in the context of one of our favorite topics - alphas, betas, and masculinity. Continuing with the tribal puzzle piece idea from above, I'll talk about my experiences with being a "Nice Guy" beta male with depression and how things have changed rather dramatically since embracing my alpha tendencies.

Posted by Alex Hamilton at 7:05 AM