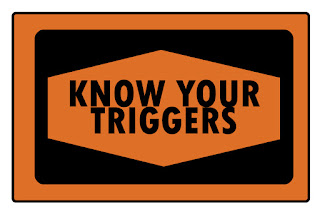 In my last post, I discussed my personal experiences with high functioning depression. In this post, I'll talk about how I used self-experimentation to identify the triggers than cause depressive episodes. This process is important because it lays the groundwork to being able to prevent depressive episodes. As I mentioned in the last post, The frequency, intensity, and duration of depressive episodes have decreased significantly over time as a result of this learning process.

Back in the day, from as far back into childhood as I can remember, I'd be in a "depressive" state roughly half of the time. Today, I experience the symptoms about 10-20% of the time. More significantly, the episodes are far less disruptive to my day-to-day life because they're less intense and last for significantly shorter periods of time. So much so, I don't even really perceive it as a "disability"; rather I perceive it as an occasional obstacle that  pops up, makes shit a little more of a challenge, and requires a little extra work to overcome. I don't believe this would have been possible without the process I'll describe here. But first...

Quite simply, the cost/benefit analysis doesn't make sense. The symptoms today are not severe, the efficacy of the drugs (mainly selective serotonin reuptake inhibitors) isn't great, and the side effects are kinda harsh. They may have made sense in the fairly distant past, but since I didn't have accompanying sadness, I never made the connection I was experiencing depression. I just assumed what I was experiencing was normal, especially since I could still function outwardly.

There's one more significant issue I need to address...

Why Don't You Just Get Over It?

For people who do not experience shit like this, the involuntary nature of it can be difficult to explain. That's understandable. As I explained in the last post, "normal" me has a tough time empathizing with "depressed state" me. The main symptoms I have include:

When I'm not experiencing the depression symptoms, none of these are an issue globally. If any DO become an issue, it's really simple to "get over it." Let's say I'm planning on training jiu jitsu, but don't feel like going. I can just grab my gi (the uniform we wear), jump in the car, and drive to the gym. The moment I get there, I'm excited to train and the hesitancy becomes a non-issue. When I'm in a depressed state, it's impossible to "get over it." If I force myself to go, every second of the experience produces anxiety that gets more intense as time passes, to the point where getting through class is difficult. Worse, that anxiety will last for hours or even days afterward.

Another stupid-but-common example - I get a lot of emails and Facebook messages. Normally I try to answer them as soon as possible when they arrive. If I'm super-busy, I will put it off but still get to it as soon as possible because I care that someone has something to say. When I'm in a depressive episode, I cannot will myself to check them. I simply do not care. It's a really, really fucking weird feeling.

In the event I HAVE to do something, I have developed some strategies. They come at a huge cost, though, which I'll talk about in a future post. So let's get to those triggers!

To identify the triggers that lead to depressive episodes, I start by being self-aware of what's happening within me and around me. Sometimes we call this vigilance "situational awareness." As soon as I notice a depressive episode coming on, I note as many details of the circumstances as I can. I note stuff like...

What I'm basically doing is searching for correlations, or the antecedents that precede the depressive episodes. After a period of time, say maybe six months, a year, or several years, obvious patterns start to emerge. Sometimes those patterns don't require further exploration. For example, the connection between a lack of direct sunlight and the onset of the depression symptoms is valid (the connection happens no matter what other variables are present) and reliable (it happens every time.) I can then apply this information directly to my life by exposing myself to an adequate amount of sunlight on a regular basis.

Other issues, like what I eat, are far trickier because the correlations seem pretty weak. Sometimes certain foods seem to play a role, and sometimes those same foods seemingly play no role. If that happens, I set up simple experiments using the scientific method. I'll wait until I'm in a "normal" mood, then eat only one particular food I suspect might play a role. After two or three days, I'll note the results. To make the experiment results more valid, I'll often repeat the test a few times and change up other variables (like sun exposure, exercise, etc.)

This is not a quick process; results can't be expected overnight. I started doing this about 14 years ago and still have not identified all of the triggers. However, I have identified a lot of them, which is the reason I've been able to cut the incidence of depressive episodes down from around 50% of the time to about 10-20% of the time. To date, here are my most significant triggers, along with a brief explanation:

These are the major triggers I've managed to identify using the process outlined earlier. There are likely others, especially given depressive episodes occasionally appear without any of these triggers. As such, this is an ongoing process. This has been a 14 year process. It's not always easy, but the dividends have been worth the effort.

The last, and arguably the most important aspect of identifying triggers, is to be a ruthless advocate for yourself. I learned early in this process that other people didn't know me a millionth as well as I know me, ergo I could not allow other people to exercise control over me. Or, more significantly, all people always place their own self-interest above the self-interest of others (except those suffering from the martyr complex... which is a whole different brand of shittiness.) If other people were leading me into one of the triggers, I needed the confidence and assertiveness to put a stop to it. Outwardly, this means I appear to be fiercely independent (I hate relying on others), occasionally stubborn (I do not do things I do not want to do), and sometimes anti-social in the "avoid social interactions" sense. I tend to surround myself with people who are either like-minded or are okay with these traits.

In the next post of the series, I'll talk about the interventions I use if I miss a trigger or a depressive episode randomly sets in. Interestingly, the sport of ultrarunning played a critically-important role in teaching me how to cope with the depressive episodes.