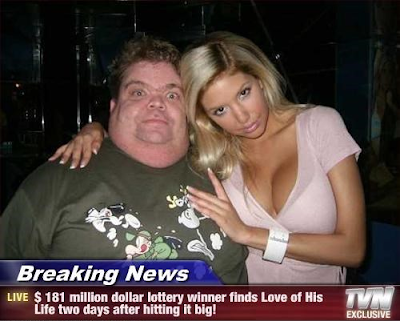 Today we're going to talk about an exceedingly common scenario that occurs in modern relationships. A man will display classic beta characteristics in a relationship (failing to pass shit tests, placating, supplicating, being indecisive, placing her on a pedestal, doing "Nice Guy" behaviors, getting fat, etc.) This causes his wife to lose respect for him, forces her to take the leadership role in the relationship, and subsequently lose all sexual interest in him. The couple typically go from a relatively active sex life during the honeymoon period to infrequent, lame maintenance sex. In this scenario, the dude will usually beg and plead to add sexual variety to their routine (different positions, oral, anal, whatever.) She will always refuse.

At some point, the beta dude will get some insight to her sexual past (usually from her friends) and find out she did all kinds of kinky shit with exes (or with one night stands.) The beta husband will be understandably furious she was willing to do shit with their exes but are now refusing to do them with him. A typical and classic real-life example of this situation can be found here.

So What's Going On?

The explanation for this concept is quite simple - her exes were significantly more sexually arousing than the beta husband. She's an alpha widow. As arousal increases, inhibitions decrease and passion increases. She's had the taste of that dominant, sexually assertive alpha, and the gentle tender overly-emotional smothering from her beta husband simply doesn't trigger the same desire. Instead of feeling a strong desire to please her sexual partner, she's repulsed by him.

Unfortunately, the beta male instinctively know this, it's just hard for him to admit on a conscious level. He can feel her reluctance. He can feel the disgust when they try to kiss her. He can sense her aversion to his body. He knows she's having sex out of a sense of obligation; to keep him minimally satisfied. He may genuinely love him, she just doesn't want to have sexual contact with him. She's fulfilling a duty, not voluntarily giving in to her desire.

The weird thing about this phenomenon is that women rarely understand why their beta husbands eventually repulse them sexually. On paper, they should be their perfect prince. Nice, caring, attentive, showers her with attention and gifts, will drop anything the second she calls... it's like he fell straight out of a Disney movie. But he doesn't give her the tingles. It's such a problem, doctors have given it a name and drug companies are developing drugs to solve the problem. Maybe I'm too much of a liberal hippie, but the idea that we're pathologizing a lack of female desire AND giving them drugs as the solution seems... I don't know... vaguely oppressive.

The solution to this problem is actually rather simple. He needs to learn to be an alpha in the relationship. If he wants his wife to do the things she did in her past, she needs you to become a man that can arouse her like her past alpha conquests. He could keep doing what he's done in the past and use guilt, shame, begging, pleading, or whining to manipulate her into more frequent, kinky sex, but it's not going to be genuine. He could drug her with the new female Viagra, thus becoming the kind of guy that needs to drug her to get sex (sounds rapey, doesn't it?) He could just find a new woman that, for a while, will give him the affection and honeymoon sex he craves.

Or he could take on the challenge of becoming a man.

Given all the options, I would strongly advise dudes take that last option. How? Read through our "essential reading" section and join our San Diego Man Camp Facebook group (sorry ladies, it's a male-only group.)

Posted by Alex Hamilton at 8:18 AM