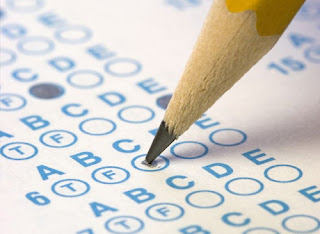 I've written about "shit tests" before over at my Sexpressionists blog, but my previous post failed to mention exactly HOW to pass them. Since this is considered a critically-important skill for men to learn if they hope to succeed with women (both initiating and maintaining relationships), an in-depth discussion is warranted.

First, let's discuss exactly what constitutes a "shit test." The name itself, which I do not necessarily like, was originally used because of the male equivalent of "giving each other shit." When a guy tells his friend "I just got gone banging you mom; she told me to tell you dinner will be ready at 5.", the guy is testing his friend's reaction. The purpose is to assure the friend has emotional resiliency, which is usually demonstrated by a reciprocal "mom fucking" joke (which is a "pass".)

If the friend, instead of reciprocating, were to turn into a whiny little bitch and get angry, he would "fail" the test and would be retested frequently until he does pass, thus demonstrating he has learned to be emotionally-resilient.

On the surface, these behaviors seem rather ridiculous until you consider our evolutionary history. This form of "giving each other shit" prepared men to guard the perimeter as I discussed in my Gender Role Protection Theory post. Men needed to know the other men protecting the perimeter could be trusted to protect their backs, and shit tests (along with hazing and other teasing behaviors) is one of the methods to accomplish this.

The version of female shit tests also serves an evolutionary role - they serve to assess the value of the male. Per the rules of evolution, a woman is always going to seek out the highest value male she can attract. Per the rules of hypergamy, women seek out two different traits - superior genes and the ability to provide for her and her eventual children. Because it's relatively easy for males to "pretend" to possess these traits, women have developed "shit tests" to assess a man's value.

The idea works like this. All shit tests women use really test a man's confidence. Social interactions can tell women a lot about a man. Specifically, women will look at how men treat her. It's based on the assumption that a high value male will have a lot of female options at his disposal, thus will act confidently around a woman that's lower than him in relative value. A lower value male, conversely, will not be confident around women that are "out of his league." A woman may also use shit tests to assess if a man has other options or if she's his only prospect. Finally, she may use shit tests to assess his potential as a long-term partner.

Women will use these shit tests to assess initial value upon the first meeting with a male, then again and again throughout the course of a relationship with males. The key - women do not "bank" the passing of shit tests. As a male, your value is continually assessed even after marriage, kids, and buying the house with the white picket fence. This is incredibly important because the ability to pass these shit tests is THE variable that assures relationships remain healthy. A dude can pass shit tests for years, then suddenly fail for whatever reason. The years of passed tests offers zero insulation to his value plummeting in her eyes.

These are the initial tests a woman uses to assess the value of a man. As I mentioned before, she's looking for a high value male that displays confidence, trying to assess if he has other options and, depending on her intent, maybe testing to see if he's long-term relationship material. Examples of this include things like:

If a man can successfully respond to these (to be discussed later), he'll demonstrate his high value and she'll respond with interest. If he fails, she'll blow him off or recruit him in her friendzone where he'll be used for a variety of self-serving purposes while she gives vague hints that someday she may finally give you some pussy.

Women DO love being approached by high-value guys, however. If a guy is hot, sexy, confident, dressed well, and can effectively navigate shit tests with ease, that supposed disdain for being approached disappears.

This is actually a brilliant sexual strategy for women, assuming they themselves are higher value. Low-value men disqualify themselves without her having to do any of the dirty, uncomfortable work of rejecting him. They'll assume she's "out of his league", "wants to be respected", and all the other silly nonsense guys use to rationalize their approach anxiety.


Why is this so damned effective? Because only low-value beta males believe it. High value alphas don't give a fuck because they know it's bullshit. They still approach and still get the high value girls while the betas sit back and stew over the "stupid women falling for assholes."

Kudos on this one, ladies!

Fundamentally, when a woman is in a relationship, she has to continually answer the question "Did I make the right choice?" She answers that question by giving shit tests. In fact, in yesterdays "21st Century Marriage" post, the relationship tends to go bad because the male sabotages his own value in her eyes by repeatedly failing her shit tests.

For us guys, this gets a little tricky, though. Not all apparent shit tests are shit tests. Sometimes the woman is asking a genuine question or making a valid request. Understanding the nature of women, including body language and context, helps a lot. Still, the stakes aren't quite as high. A male in a relationship doesn't have to pass every single shit test all the time. Passing most will usually be just fine.

The sheer range of tests can be daunting, ranging from very mild teasing all the way to threatening suicide. Yeah, that last one happens sometimes... which is why it's important to understand shit tests. Also worth noting, take suicide threats seriously. If she does it repeatedly, get the fuck out of that relationship now. Anyway, some examples:

"You're getting a little chubby."
"Are you upset?"
"Jim bought Sally flowers. Why don't you ever buy me flowers?"
"You never listen to me."
"Where do you see us in ten years?"
"Are you jealous?"
"Does this dress make me look fat?"
Most nagging behaviors.
Giving small requests.
Using sexuality to get you to comply.
Getting emotional to get you to comply.
Inconveniencing you with a silly request.
Cutting you off from affection and/or sex.
Blowing you off by ignoring you.

Passing these tests is a little more tricky. Before I get to the "how to pass them" section, let's talk about what NOT to do.

How to Fail Shit Tests

I actually received this question from an exceptionally clever mail reader. He wanted to know if he could end a relationship by completely bombing shit tests. I can't give any details because he had an especially sensitive situation that required her to be the one to end things, but I was impressed with his subversiveness.

Basically, yes. A dude can usually end a relationship pretty easily by responding to shit tests in the following ways. Note to beta males - this is typically how YOU respond to shit tests, which is the reason you get nothing but maintenance sex.

For guys, learning to pass shit tests with flying colors is pretty simple. Too many men attempt to learn every single possible test, then learn multiple effective responses. Fuck that. I'm lazy. I want a short-cut.

Luckily, all we have to do is think of how we handle the shit tests us guys give each other. That same playful irreverence is magical. Not only does it cause us to pass the test, but it keeps everything light and playful. Life is a fuck-ton more enjoyable when we can laugh and smile. Combine that playful attitude with the following specific strategies, and great things will happen.

There you have it - seven solutions to passing shit tests. As I mentioned, this personally works best for me when I keep everything as light and playful as possible. This is one of those topics that has all sorts of variables, so it's impossible to cover everything here. Additionally, this entire topic is based mostly on anecdotal evidence. While it is personally relevant and has always held true in other relationships I've observed, we don't know enough to confidently claim it's a universal construct. So... if you have any questions or comments, leave them in the comments section!