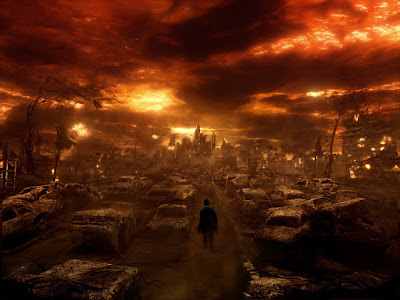 Part of "being a man" involves taking care of your tribe. This series will explore the topic of disaster preparedness. Sometimes bad, unexpected shit happens. Most people rely on others to get them through any hardship. Just watch the news. How many times do you see a disaster situation and countless people paralyzed with fear or completely incapable of fending for themselves? One of my goals as a man that's working to get better at being a man is avoiding that common scenario.

Years ago when I lived in Michigan, I developed a "what if" plan should we ever experience any sort of unexpected disaster. I liked to think of it as insurance. Having grown up in a rural area miles and miles away from any town, I fully understand the need to be able to handle your own shit. If we ever needed services like police, fire, or ambulance, the response would take at least 10-20 minutes.

My plan at the time wasn't very elaborate and consisted of making copies of important documents and storing them in a remote location, having a three day supply of food and clean water, and making sure we had a healthy supply of flashlights and batteries. It was Michigan; the biggest dangers we faced were prolonged power outages from snow storms or the possibility of a tornado.

When Shelly and I left Michigan to travel around the country in an RV, we went through many different geographical areas. That variety provided a bit of a challenge, but the RV itself was great. If a disaster was predictable (like a hurricane, severe thunderstorm, snow storm, flooding, wildfires, civil unrest... whatever), we could simply move. Some of the unpredictable events, like earthquakes, were okay, too, because the RV was designed to be tossed around. About the only two disasters we couldn't prepare for would be a tornado or volcano, and the latter is almost always predictable.

When we settled in San Diego, we still lived in the RV for a year. All the same rules applied; I wasn't especially concerned because we could escape in our self-contained, well-stocked living unit. About two years ago, we moved into an apartment. In true procrastinator fashion, I'm just now reformulating my disaster preparedness plan for our new situation. In this post, I'll outline exactly what I'm doing to prepare.

Some Facts About San Diego

The first step in developing a plan is to assess the area. San Diego County is a huge metropolitan area with a population of around 3.2 million residents, making it one of the ten biggest cities in the United States. There are six international airports within 100 miles, and two ports of entry into the US. There are a myriad of military bases and installations in the area, including the home of the Navy's Pacific fleet. There's also a decommissioned nuclear power plant north of the city, which is significant because they buried millions of pounds of nuclear waste along the shoreline.

As far as climate, San Diego varies from pleasantly mild to hot depending on the time of year and location. The farther you travel from the ocean, the more variable and extreme the weather gets. The northern part of the county is somewhat like an arid Mediterranean climate, whereas the south and east parts of the county are more like a semi-arid steppe. The whole area only receives about 10 inches of rain annually.

Another consideration is the possible evacuation routes. San Diego is pretty much in the same boat as Los Angeles. It's a densely-populated urban area surrounded by fairly rugged mountains, then hundreds of miles of brutal desert. There are really only three major highways out of the area, and two lead north to Los Angeles. There are ten or so other possible routes, but all are two lane highways that twist and turn through mountains. Imagine 3.2 million people all fleeing using the same highway and having nearly zero infrastructure capable of handling such a large number of displaced individuals. Those few desert towns ain't gonna be able to handle millions of ill-prepared, panicked people. Depending on the reason for evacuation, that could be very problematic, and will alter my plans a bit.

The next step in the plan is assessing the probability of possible disasters. This is accomplished by looking at the incidence of past disasters, then looking at other possible disasters that may not occur regularly, but are still possible. Here's a run-down for San Diego county.


This isn't an absolutely comprehensive list, but it does cover most of the probable events. Some events that aren't covered, like an asteroid hitting the Earth, would be pretty similar to some of the others.

This is the basic information I need to start building my plan. I know the basics of the area and the most probable disasters we'll face. In the next part, I'll discuss the formulating on the plan and the first steps of the actual preparedness. In future sections, I'll talk about adding to the plan to make it more flexible and the process of actually testing the plan.
Part One
Part Two
Part Three
Part Four 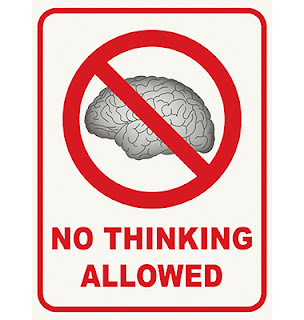 About two months ago, myself and several members of the SDMC Facebook group and I joined another Facebook group to do some field research and maybe have a little trolling fun. The group was supposedly set up to discuss gender in general and masculinity in particular. I didn't realize it at the time, but the group turned out to be a front for a cult I had briefly researched way back in the mid-2000's, then had interviewed a few former members when writing No Bone Zone.

It didn't take very long to discover the connection between the cult and this particular group. Like most cults, the group catered to damaged people, most of which were either going through an existential crisis, had recently experienced a major negative life-changing event, had a troubled childhood, were struggling to meet partners (especially men searching for women), or were desperate to experience a sense of belonging. The group leaders would pick up on these weaknesses and exploit them to draw the people closer. A few ex-members of the cult explained that was the process used to sell workshops and other such financial exploitation.

Normally I'm a pretty calloused dude when it comes to other people and the consequences of their bad decisions. I'm usually of the "If these dudes are stupid enough to buy this bullshit, they deserve to have their lives driven into the ground" mindset.

But this was different. Based on my own past experiences and the shared experiences of a lot of the SDMC members, I knew a lot of these dudes were doing what they were doing because they could not see an alternative. In most cases, they lived their lives in a way that led to a shit-ton of pain and hardship and this group WAS their alternative. They failed to understand there are a myriad of alternatives. Like any good cult, this particular group heavily censored dissent under the guise of "language policing", which is just a form of virtue-gilded oppression.

So What Makes These Men So Vulnerable?

In short, the vast majority of the men that stuck around more than a day or two simply did not know how to be a man. In many cases, they were raised by single mothers and had zero masculine male role models. In a few cases, they had been badly burned by women. That includes painful break-ups, divorce-rape (occurs when the woman gets the house, lots of alimony, child support, and custody of the kids), or having been the victim of female emotional of physical abuse. These men had little or no emotional resiliency; even the lightest teasing was taken as an aggressive attack. They had little or no understanding of male social hierarchies. They had little or no ability to explain, understand, or predict female behavior. That extended to having no concept of the antecedents of female desire and arousal. They also had little or no ability to objectively measure if their participation in the group was helping them or making their life worse. All of these behaviors were encouraged and enabled by the senior members of the group.

The real hook, though, had to do with the original reason the cult showed up on my radar in the first place - they give desperate men access to vagina. If there was one common denominator that tied all the long-term male members together, it would be their repeated failures with women. As much as we like to deny it, our primal drive for sex is our species' most easily exploitable weakness. And this group does just that.

Okay, So How Do Men Avoid The Cult Trap?

Before I go farther, it's important to note that, at the end of the day, I really do not care if dudes get wrapped up in batshit-crazy cults. It's the same approach I take with converting beta males - I don't help people that don't want to help themselves. And I do not care what other people do if it has no direct impact on my life. Having said that, I do feel a twinge of social responsibility to plant seeds for the dudes that may currently or will some day look for different, probably better answers. 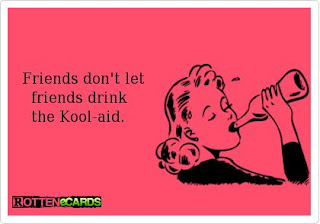 In theory, a man that is actively trying to get better at being a man (our definition of "masculinity") SHOULD be pretty damn resilient to the allure of cults. In this specific case, the cult ropes men in based on a promise of access to women, though they're really just used as human sex toys (the practice is based on the woman receiving pleasure while the dude just gets blue balls.) A man SHOULD be living his life based on his mission, not living his life to seek out (or give pleasure to) women.

Also, a man that is actively trying to get better at being a man SHOULD be skeptical of anything and everything they encounter, especially the stuff that seems to make the most sense. In other words, men never develop unconditional love for any one particular belief or idea. They're always searching for better answers. As such, they adopt an incredibly skeptical view of anyone claiming to be a "guru" of any sort. They understand they know themselves a million times better than anyone else, therefore they're in the best position to measure the outcomes of any given idea.

How about specifics? Here are eight things all men should be doing:


So there you have it - six methods to help inoculate you from being that weak man that gets roped into a cult. Hopefully it'll help some dudes that might fall prey to their predatory practices. If you think you might be in a cult or susceptible to cults, just start making the appropriate life changes. Start developing an attitude of self-experimentation and surround yourself with that diverse group of assholes. In short - learn how to stop being a weak man.

Edit - Some have asked what happened with the group. They booted me out. Asking questions and challenging ideas are dangerous to those who have an agenda that demands blind allegiance.

Posted by Alex Hamilton at 9:19 AM No comments: