The Life Cycle of the Wife of a Beta Male 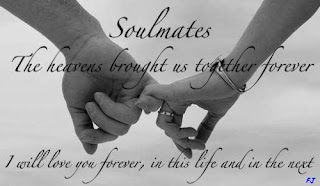 One of the reasons I set up the San Diego Man Camp project was to mitigate some of the common relationship patterns I discovered in my years as an ultrarunner (you get into some pretty deep conversations with random strangers after mile 65 at three in the morning) and during my research for No Bone Zone. Since I have had a long interest in sex, gender, and relationships, I figured it might be a topic worth studying.
It didn't take too long to discover the root cause of that pattern, which I outlined in this post. As it turns out, A LOT of relationships fail because dudes fall into the beta trap. They mistakenly believe the key to female arousal is to essentially mimic the behaviors of a woman. And they couldn't be more wrong. Unfortunately, those behaviors are exceedingly hard to recognize and change.

While this sucks for the beta male, it also SERIOUSLY sucks for the beta male's female mate. In almost all cases I've encountered, the woman had no idea why she felt the way she did toward her beta husband. When left as-is, the outcome was almost always really, really sad mostly because it destroyed families. That also has a tendency to make the husbands exceedingly bitter towards women in general and their ex in particular. My sincerest hope is that posts like this open up dialogue between men and women, or at the very least plant a seed that can then be used to research the topic in more detail.

How This Process Plays Out

The following description is obviously a generalization, so individual results may vary. This is a rough approximation of the common experiences the wives of beta males experience.
I know this is a really cynical take on many modern relationships, but it's a pattern that appears to play out like clockwork. As I mentioned before, the saddest part is neither partner really understands what went wrong. Both, at one time, thought they had met their soul mate. The sex went south. The relationship soon followed. They then endured a few years of bitter resentment that often ends in a really shitty divorce.

Can this be prevented? Honestly, I don't have a great answer for that simply because I don't have enough longitudinal data. I DO know, however, that the root cause is his inability to sexually arouse her much beyond the honeymoon period coupled with her inability to figure out the root cause. Some people like to use marriage counseling, but I'm not a huge fan in this specific scenario. I've found most schools of thought on relationships do not correctly diagnose the problem and often suggest "more communication" as the cure. The problem, of course, is that too much closeness is what killed her arousal in the first place.

In THEORY, if the dude were to learn how to exhibit "alpha" traits and act more masculine, the problem could be avoided. I've yet to meet a woman married to a beta male that wouldn't want her husband to get more fit, more confident, more decisive, more assertive, less supplicating, and more goal-driven outside a singular focus on her or the family.

It might not work in all situations, but the early returns seem favorable. Teaching that "manning up" process and requisite skills are a major focus of the SDMC project. As of right now, this is a journey only the men can take. If you're interested, join our Facebook group here.

Posted by Alex Hamilton at 4:48 AM