Making Meaning Out of Chaos: Some Thoughts on Trump and Skepticism 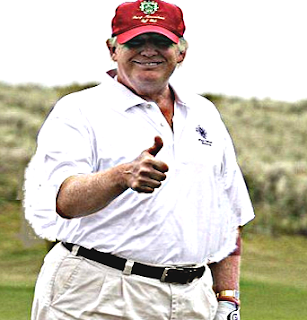 If you follow my rants on Facebook, you know I've had a wide range of ever-changing thoughts on the shit-storm that is the Trump candidacy and subsequent presidency. Early in the campaign season, I saw him as a bit of a joke. When he started gaining traction, I took notice. When he won the primary, I was thoroughly impressed. Then he beat Hillary. At that point, I assumed Trump was a masterful political tactician who, as a long-time New York Democrat, managed to expertly troll his way into the White House as a fanatical white nationalist conservative. Or so I thought. The most important part of that post? This line:

"I would be willing to gamble an uncomfortable amount of money that we're going to see a very, very different Trump in office."


Turns out I was wrong. Very, very wrong. Also worth noting - I am not a Trump supporter even though I was impressed with his performance. Some of his policies would balance out our sociopolitical swing to the far left over the last few years, thus he could have been good for political balance. I voted for Johnson. ;-)

Since inauguration, we've seen the exact same Trump we saw on the campaign trail. This deeply saddens me. First, like most people, I don't like being wrong. But I also don't have a problem admitting it. This is how we grow as people... we recognize when we fucked up, understand why, and plot a better course.

As it turns out, Trump is basically the person he appears to be on the surface - an unpredictable, egotistical, idiot with no real leadership skills and a really bad tendency to throw his allies under the bus to avoid taking responsibility for his own failures. Pretty much every decision he makes systematically results in him pissing away his own political power. When he took office, both the GOP and Democrats were terrified of the dude. Now? He's a laughing-stock.

Trump rants aside, this post is really about skepticism and how hope can blind our judgment. I wanted Trump to be someone he wasn't, which led me to give him the benefit of the doubt longer than I should have based on clear, objective evidence. I wanted to see something that simply wasn't there.

Why do we do this?

Wayyyyy back in the day, man would look upon naturally-occurring phenomena like the rising and setting of the sun, the movement of the stars, thunder and lightning, disease and death, and so on, and derive explanations. This seems to be where religion came from. We made meaning out of shit we couldn't explain.

Interestingly, we all seem to have a personal threshold that represents the point where we reject the old explanation and adopt the new. Centuries ago (or earlier if we look beyond Western Civ.), man recognized the world was not flat. It was spherical. At first, those who proposed it were treated as heretics. But the acceptance of the idea grew over time. Eventually, more and more people passed that personal threshold and accepted the new idea. Today, with the exception of a few fanatical laggards, we all accept this "new" explanation.

In all likelihood, I was wrong about Trump. I say "in all likelihood" because, being the good scientist I am, I do not like to rule out any possible explanations entirely, even silly stuff like "Trump is an animatronic device controlled by Illuminati." It took me a lot longer to come to the "Trump is a disaster" conclusion because I wanted him to be the great leader who would unite our populace that we haven't had in decades.

There's also another factor at play... I do not like to underestimate people who seek power overtly or covertly. Trump's change in behaviors over the last few years seemed suspect. People don't generally take a 180 degree sociopolitical turn that late in life unless they have a very good reason... like winning the most powerful job in the world. To me, there were two possible explanations:

1. Trump was a masterful tactician supported by expert manipulators and big data, and knew exactly what to say at the right time to the right people to usurp not only his own party, but the entire political establishment. Or...

2. Trump was the right guy at the right time in the right place and got really fucking lucky.

On November 10th, I would have been willing to put most of my life savings on the first explanation. Today? I wouldn't waste tree fiddy on that same bet. The lesson I learned - don't let emotion cloud your observational skills.

Of course, there's still a sizeable percentage of the American public that genuinely believes Trump is a masterful tactician. Odds are good they're more emotionally-invested in Trump than I was, ergo they have more reason to believe he's something he isn't. As time passes, unless something radically changes, the number of people in this camp will continue to decline to the point where the Trump presidency becomes untenable.

So What's Next for Trump?

Even though I was wrong about Trump's presidency, I'm not going to stop making predictions. Based on the present course, I predict there's a very high probability he gets removed from office via impeachment. I predict the Russian investigation will turn up more sketchy shit, but we'll eventually figure out that Trump and his team were just stupidly incompetent and most of the apparent "collusion" was the Russians masterfully manipulating us. His impeachment will occur due to obstruction of justice, not collusion, probably related to the eventual firing of Meuller.

I predict the GOP will hold the Senate and the House, though they will lose many seats in the junior chamber. More importantly, the election cycle will alienate many representatives who once supported Trump. None of Trump's big four agenda items (repeal and replace ACA, tax reform, infrastructure improvement, and the border wall) will come to fruition, though we may get some minor tweaking of the tax code.

Right now, our biggest concern is the North Korea situation. I predict this will end in diplomacy and we'll forget about the issue by Thanksgiving. As unhinged as Trump is, his generals won't let him start a war. Unless North Korea changes course on their decades-long pattern of saber-rattling and is foolish enough to attack us or our allies... but that seems completely implausible. Odds are good Trump's rhetoric is a diversion from the domestic shit show.

As humans, we have an innate drive to make sense of chaos, and we all have personal thresholds when we give plausible explanations of chaos and when we accept chaos for what it is. It took me a long time to reach the conclusion that Trump is a chaotic shit-show, and this delay was due to my desire to want Trump to be a clever tactician. But alas, he is not.

How about you? Are there times you've stuck to implausible explanations longer than you should have? Leave a comment!