In the first three parts of this series, I covered the likely disasters we face in Southern California, then discussed the gear and supplies I prepared, and finally the skills that would be needed in the event of a disaster. In this post, I'll discuss the issue of weapons in general and guns in particular.

This is a bit of a contentious issue among the general population as evident by the controversy surrounding Barack Obama's recent executive orders regarding gun control. 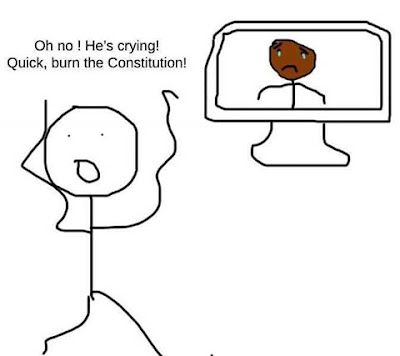 Anyway, among the disaster preparedness crowd, however, guns are often viewed as necessary for hunting and protection. Where I grew up (rural Northern Michigan), guns were just part of life. Almost everyone hunted, though a very small number of people owned guns for sport shooting or were collectors. People rarely owned guns for personal protection, but they were available if needed. They were viewed as useful tools.

Are they really necessary for disaster preparedness, though? Let's explore the pros and cons.

The Advantages of Guns

The Disadvantage of Guns

When I weigh the pros and cons, the pros always win out. All of the cons can be negated or minimized with planning and preparation, and guns dramatically simplify and expedite food procurement. The type of guns chosen for disaster preparedness go a long way towards shifting the decision in favor of adding guns to the disaster preparedness plan. Specifically, these are the guns I would choose, along with the rationale. The list starts with the highest priority and progresses to the lowest priority.

The list could go on, but really, a large cache would be unnecessary. More guns would take up valuable space, would be excessively expensive, and, if others know about the small armory, would potentially make us a target if shit got really bad. Few looters would risk their lives to steal a few cans of green beans and Spam, but they might risk their lives for enough guns and ammo. 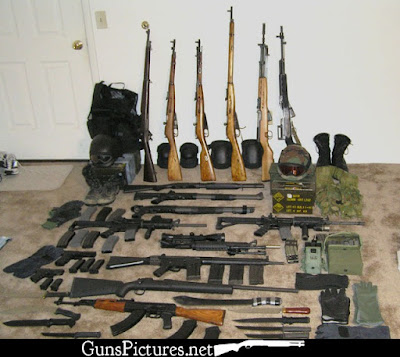 Guns I Would Personally Avoid

Based on my assessment of the possible disasters we could face, there are a few commonly-hoarded guns I would avoid.

There you have it - my thoughts on guns in relations to disaster preparedness. This list is specifically developed based on the particulars of my situation. As such, your mileage may vary. I am interested in hearing other opinions, though. Share them in the comments section!

Posted by Alex Hamilton at 9:48 AM