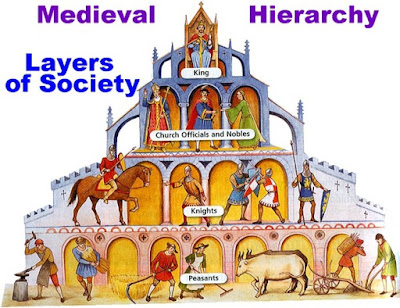 So... here's my explanation. Alpha and Beta are two ends of a spectrum of male social hierarchy (I discussed Alpha Females in this post.) In any given situation, men will consciously or unconsciously organize in a hierarchy generally based on individual's ability to be effective leaders in that specific situation. In many cases, they will have a degree of expertise in that situation. The ranking below that top alpha is based on capability. The least-capable person occupies the bottom rung of the social hierarchy, and would be considered a beta male.

The key, of course, is that the social hierarchy can and does change in different situations. The bottom-of-the-hierarchy beta can be the top alpha in a different situation. For men, the social ranking is all about effective leadership in getting shit done. That differs from women, who organize around an Alpha who keeps the group functioning socially.

When I talk about "alpha traits" and "beta traits", I'm really describing the characteristics that cause men to rise up the hierarchy (alpha traits) or fall in the hierarchy (beta traits.) Generally speaking, the more alpha traits a dude can display across different situations, the more "alpha" he becomes and his sexual market value rises. Similarly, the more beta traits a dude displays across different situations, the more "beta" he becomes and his sexual market value falls. Ladder theory explains the ramifications of SMV.

Our goal in San Diego Man Camp is to identify the traits that constitute "alpha", figure out how and why they work, figure out what impact these behaviors have on others, teach them, then practice whenever possible. This is what we mean when we say we want to teach men how to be better men. We're really teaching men how to be more effective leaders.

Part of this process also involves teaching beta behaviors as something to recognize and avoid unless a situation warrants. For example, many "beta" traits like caring, compassion, cooperation, self-disclosure, peacefulness, etc. are necessary for long-term relationship success, parenting, or even leading. This shit is absolutely necessary, but a man has to establish an alpha frame before he can display beta traits.

This is why we do what we do in the group.

Given the confusion on this topic, post any questions in the comments section and I'll answer them ASAP.