Magicians Don't Reveal Their Tricks for a Reason; Do the Same with Women 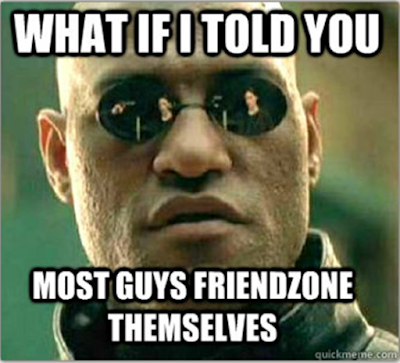 In my last post, I talked about the tendency for men to get pissed when they get the first glimpse at the little man behind the curtain of female behavior. [sidebar- that sounds a bit like a clitoris reference, doesn't it?] Anyway, there's an even more important rule governing the understanding of female behavior:

All women want a man that understands how women work. The problem - women do not want a man that tells her how exactly he knows how she works. Just like a magician that explains their tricks, the audience knowing how the trick works destroys the magician's value. There are two situations where this is relevant.

First, if you're in a relationship, telling women HOW you understand their behavior ruins the illusion. Women want you to fulfill their needs and desires without having to ask. That ability is one of the most important skills men can learn to increase their value to women. A real-life example - buying her flowers. If she has to ask you to buy flowers, the gesture is worthless. However, if you pick up on her subtle non-verbal cues, that a skill most men do not possess. You're a diamond in the rough.

Second, if you're not in a relationship and just bragging about your woman-whispering skills, don't advertise that fact or explain it to women. Just do it. You'll have the same issues as the first example - women want to think you "get" them, not that you've actually learned a particular skill set that allows you to "read" all women.

More importantly, some women get really threatened when they think guys have them figured out. It could be a case that lower-value women come to rely on "friendzoned" beta males for financial gain, serving as their emotional tampon, or giving them positive attention. Those women rely on the betas that orbit them to buoy their perceived sexual market value, and anything that threatens to jeopardize that is correctly recognized as a threat. If the betas that believe they have a hope of "winning her over" realize they're just being used and she has no intention of having sex or initiating a relationship, they'll wisely split. Those lower value females act accordingly to protect their harem of friendzoned betas.

Worth noting - this is where a lot of that hate towards females originates. Beta males, though their own epiphany or through projects like SDMC, come to the realization the women that are the objects of their affection are keeping hem around to either use them or serve as a fall-back plan if they can't find a higher-value male. They're justifiably pissed at being manipulated, but don't realize the women aren't consciously doing this for nefarious purposes... it's just how women operate. Hell, us dudes have that same tendency. Both genders rationalize it as just being friendly; none of us like telling our admirers to fuck off. That doesn't placate that anger when the object of your affection hooks up with random alpha after random alpha while you watch from the sidelines, however. Getting pissed at that is just like getting pissed that the sun rises every morning. The anger doesn't actually improve their lives. We'll cover the de-beta process soon.

So... back to the original point - never reveal your modus operandi.