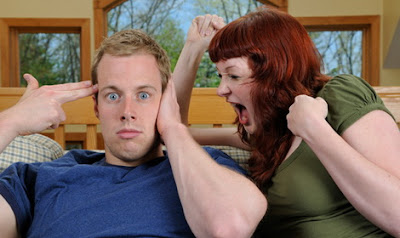 In the initial post in the series, I covered the four types of "beta relationships." In the second part, I explored a method to fix the "boring marriage" type of relationship. In this post, I'll cover situations where a woman married an alpha male, but the alpha slowly (or quickly) fell into complete beta behaviors like deferring all decisions to her, allowing her to bitch and nag, doing everything she asks, and all the other beta behaviors that turn vaginas into the Sahara Desert.

Before we get to the solution to the problem, it's important to explain how and why this happens. In evolutionary terms, hypergamy dictates women have two sexual strategies - they search for superior genetics (alpha male) and a loyal, trusting provider (beta male.) Ideally, they would find this in one extremely high-value man (strong, dominant alpha with the relationship skills to use beta behaviors when appropriate.) Those men are rare, especially in today's society. These men do not require "taming" because they already have the requisite skills. Women will still try to extinguish their alpha skills, but these men usually have the confidence to resist said attempts. Unless a woman is very high value herself (young, hot, smart, funny, appreciative, respectful, etc.), she's going to have to settle for less.

The next most desirable tier are the "bad boy" alphas. Since they don't have the requisite "beta" skills, the woman will try extra-hard to "fix" him. This is pretty much universal, all women do it. I give a little more info on the exact reasons for this in this Sexpressionists post. These are the men that usually fall into this trap. They were dominant alphas when they met their lady, but soon went full-on beta.

This relationship suffers the decreased frequency of sex, along with a decrease in quality. Odds are good the female has also lost respect for the dude, and probably isn't especially attracted to him, either. He tries to remedy the situation by doing nice things for her, buying flowers and lingerie, or doing chores around the house, yet everything seems to make the situation worse. It never occurs to this dude that the solution is to simply return to the alpha she fell for in the beginning.

The good news is the dude has already established his position as an "alpha" with her initial assessment of him. This means he doesn't really have to reinvent himself; he merely has to rediscover what once was in her eyes.

The bad news is that change isn't really an option if he wants the relationship to remain viable and mutually-fulfilling. If he maintains the status quo, his wife will suffer the fate of being married to a beta male and their relationship will fall into the incredibly common 21st century marriage pattern.

So How is the Problem Solved?

Like the "boring marriage" solution I discussed in the last post, this solution is relatively straight-forward. Since the dude was once an alpha, he has the foundation. Odds are good he allowed himself to go beta because he believed that's just the way you do long-term relationships. Most guys don't make the intuitive connection that their woman's behavior is often predicated by their behaviors. Had they maintained their alpha frame, their relationship would most likely be perfectly fine.

So... the first step is understanding women. Read the following posts:

The follow-up reading is going to be very similar, too. Read:


The actual stages of fixing this relationship is very similar to the "boring marriage", only it's going to take at least two or three times as long.

This scenario isn't especially "dangerous" in that the relationship is at a critical phase, nor is she likely to put up much resistance. After all, it was the alpha she fell in love with. She will be overjoyed to get that alpha back.

In the next post, we'll tackle the more serious issue of the "lifetime beta" marriage. These are the relationships where a woman with value that's trending downward finds she can no longer get the high value alphas to commit but she still needs a provider to start a family. It'll be a little more in-depth discussion because the risks are far greater. Not only does the beta have to completely reformat his entire persona, but his wife might not be all that keen on him dramatically raising his sexual market value.

Posted by Alex Hamilton at 7:06 AM